This article will focus on what mortgage term will help to save you the most money:

A shorter mortgage term – such as a 2 year term? 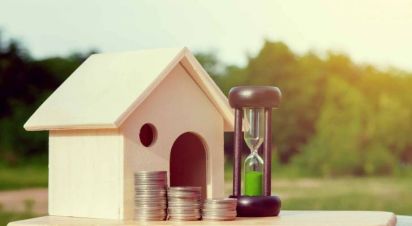 If this is all you need to base your mortgage term decision, then you should do very well. But if you are looking for the reasons specifically why you are likely to save more with a 5 year term, then I invite you to read on.

Specifically, we will look at:

Why, specifically, a 5 year term currently has a lower rate than shorter terms.

The idea here is that by committing to fewer years of rate certainty, you pay a lower rate.

However, in 2021 the tables have turned to some degree because in 2020 with a looming Canadian recession due to COVID and lower interest rates as a result (to help stimulate the economy), there is more demand for investors to buy shorter term fixed investments (such as a bond or GIC) to park their money until the recession is over and interest rates start increasing again (higher interest eventually, to pay the investor more).

In the world of mortgages, the Bank – is the investor – and the lender. So they will want a higher return, for their short term mortgage investment.

Investing and borrowing are two sides of the same coin.

Now switching back to the perspective of a borrower, because the Bank is looking for a higher return on its short term mortgage, the interest rate charged to the borrower is higher.

I would suggest here, that if a borrower selected a short term mortgage now, at a higher rate – then in 2-3 years when the recession is more likely to be ending, interest rates will be increasing at that point. So at the end of the mortgage term, there is a likelihood (although no guarantees) that the borrower would be renewing into the next term – at a higher rate than is available now in 2020.

So based on this logic, a borrower selecting a shooter 2-3 year mortgage term now would be paying more today just for the opportunity to pay even more on renewal at the end of the term.

So if shorter terms may not be the way to go, what about terms longer than 5 years? Wouldn’t it make sense to pay a higher rate to reserve these ultra-low rates for longer?

I think there is definitely more logic to taking a longer fixed-rate term than a shorter – but let’s look at the math to see how taking a 10 year term vs a 5 year term plays out.

Lets base the following information for our example:

But before we get into the discussion of – ‘hey what about the other 5 years in the 10 yer term’ – lets first consider if we applied the same payment that we are making on the 10 year term ($1,880.69 per month) to the 5 year term rate of 1.99% (using prepayment privileges we can do this).

In other words, rates on the renewal of the 1.99% 5 year term would have to be 6% to break even with the mortgage balance at the conclusion of the 2.94% 10 year term. Again this 6% rate, in this example, is the break-even rate.

Rates would have to be higher than 6% on the 1.99% renewal to actually start losing money vs the 10 year term.

Although there is always a chance that rates could be 6% or higher in 5 years’ time, the likelihood is so low because with the amount of debt in the economy, the economy, in general, would not be able to handle paying anything close to 6%.

In order to get to 6% 5 year mortgage rates, economic growth and inflation would have to be at such a higher point than it is almost unimaginable given where we are at in the current COVID situation.

Although miraculous technology could come along that changes things for the better, or on the other hand we are facing some sort of economic doomsday – either could prove this argument wrong. However barring these extreme economic cases, in all likelihood rates will continue to be pretty low – possibly in the 3-4% range given a more normal economic growth. Therefore, a borrower is more likely to save with a lower rate 5 year term.

There are some unique cases where it could make sense to take a mortgage term, other than a 5 year term.

For example, if you plan on selling your home in exactly 2 years and if you do not wish to 100% pay off your mortgage at this time, then it probably makes sense to not pay a mortgage penalty to break a 5-year mortgage.

Or if you require the brace of mind of consistent payment, and are genuinely worried about economic extremes – then this could justify the need for a longer-term mortgage. Even though it may cost more, it’s hard to put a price on peace of mind.

There are other examples too, and if your curious I invite you to connect with us at Altrua to discuss the best 5-year terms, and other mortgage terms that may work for you.